The National Weather Service (NWS) will be conducting a severe weather spotter training session, part of its SKYWARN program, in Rhode Island in May.

The session is open to the public at no charge. Emergency managers, police, fire, and other first responders are especially encouraged to attend. Everyone age 16 and older who stays to complete the training will be able to become trained NWS weather spotters.

Each training session includes a two and one half hour computer-based presentation, which discusses the development of thunderstorms, the criteria for severe thunderstorms, as well as the cloud features associated with severe thunderstorms and tornadoes. Additional information will be presented about winter storms and proper snow measurement. The session will also present the procedure for reporting weather information to the National Weather Service.

It is not necessary to pre-register for this training. However, if you have any questions about SKYWARN or the training sessions, please contact Bill Babcock, SKYWARN Program Leader, or Glenn Field, NWS Warning Coordination Meteorologist, at 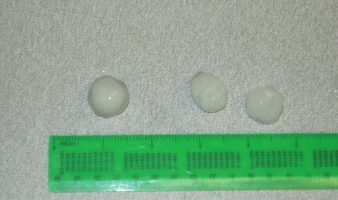 SKYWARN was active with Ops at NWS Taunton as another round of Severe Thunderstorms affected the region on Tuesday June 5th with large hail up to Golf Ball size reported. 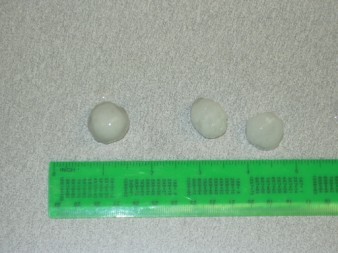 In Hillsborough County, NH, Hillsborough County SKYWARN reported hail pea to quarter sized in several severe thunderstorms that rumbled through Central and Eastern Hillsborough County NH with the first round of storms around 1-2 PM and the second round from 230-315 PM that affected the Nashua and Hudson, NH area as storms moved in from Western and Central Massachusetts. Jim Blaine-WD4JZO and Fletcher Seagroves-N1MEO monitored the situation on the N1IMO linked repeater system.

Across Northern Connecticut, the town of Southington was hit hard with Hartford-Tolland County SKYWARN reporting Penny to Quarter sized hail and a report from NWS Brookhaven, NY of Golf Ball Sized hail damaging cars in Southington as well. SKYWARN was active on the 146.790-Vernon, CT repeater through the efforts of Hartford and Tolland County SKYWARN Coordinator, Roger Jeanfaivre-K1PAI.

Just outside of the NWS Taunton County Warning Area in the city of Naugatuck, CT, hail of up to golf ball size covered the ground to a depth of 5-6″. 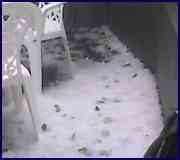 Across Hampden and Worcester Counties, SKYWARN was active on the 146.94-Mount Tom and 146.97-Paxton Repeaters with Ray Weber-KA1JJM, Mark Kimmel-N1ZYG and PJ Howe-N1PJ monitoring for SKYWARN. Penny to Nickel Sized Hail was reported in Chicopee and West Springfield, Massachusetts with Pea to Penny Sized Hail reported in Barre, and Gardner, Massachusetts. In Westminster, Fitchburg, Lunenberg and Townsend, Penny to Half Dollar Sized Hail before those storms moved into Hillsborough County NH.

Special thanks to all those that assisted in this SKYWARN Activation and the past SKYWARN Activations from June 1st and June 2nd. The month of June has been an active month for SKYWARN in the NWS Taunton County Warning Area.

END_OF_DOCUMENT_TOKEN_TO_BE_REPLACED

….Updated for Picture Archive and Partial Recording of the North Shore Radio Association ARES-SKYWARN Net from June 2nd along with cause of the damage and an EchoLink recording of WX1BOX talking to N1YLE on the 145.49 Ipswich Repeater via EchoLink….

Hail up to 1″ in diameter fell and accumulated to as much as 3-4″ deep in some locations. Hardest hit communities included Georgetown, Haverhill, Newbury, West Newbury, Rowley, and Ipswich. The hail was enough to crack the windshield of one of the spotters vehicle’s, N1HWA-Phil Knight, who was right inside the storm. He sighted a wall cloud with the storm and reports of rotation within the storm were received. 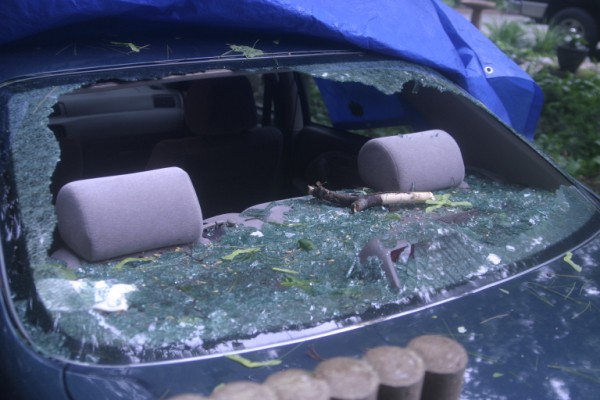 Various Amateur Radio Operators, who were monitoring the storm from their homes, went down into their cellars when the Tornado Warning, when they got back from their cellars, they noted wind damage at their QTH along with evidence of hail ranging from Pea to Quarter sized as the storm went through the area. The 145.47-Danvers Repeater served as the main repeater for the activation but the 146.64-Waltham, 145.23-Boston, 145.13-Gloucester and 145.49-Ipswich Repeaters were monitored as the supercell worked through the area. 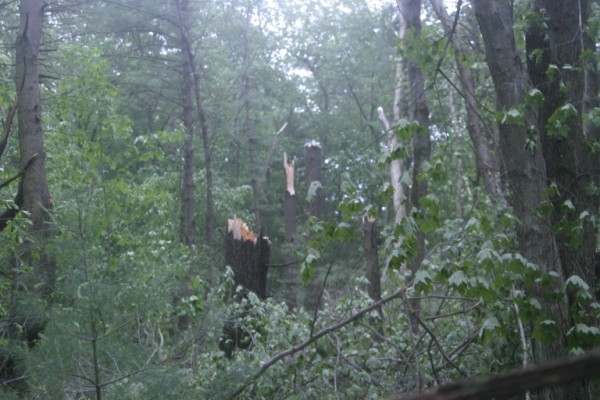 With Public Safety busy handling the incident, Amateur Radio Operators provided key information on the extent of the wind damage and large hail as it happened, while public safety personnel handled the clean up from this significant supercell. The hams provided key information on the supercell as it happened for the National Weather Service to protect life and property and the information was disseminated through the Local Storm Report.

The North Shore Radio Association complete collage of damage pictures along with a partial recording of the SKYWARN Net from June 2nd, 2007 can be found at the following link:

WX1BOX Speaks with N1YLE on the Ipswich Repeater via EchoLink

Special Thanks to North Shore Assistant SKYWARN Coordinator and ARES Emergency Coordinator, Jim Palmer-KB1KQW, North Shore ARES DEC, Eric Horwitz-KA1NCF, ARES Assistant EC, Matt Dempsey-KB1MRH, SKYWARN Spotter Phil Knight-N1HWA, Mike Griffin-KB1OHZ and all other SKYWARN Spotters and Amateur Radio Operators who assisted in providing important reports on this dangerous supercell. Also, special thanks to all repeater owners for the use of their repeaters during this serious situation. An archive of pictures of damage from this supercell will be made available on the NSRA web site in the next few days.